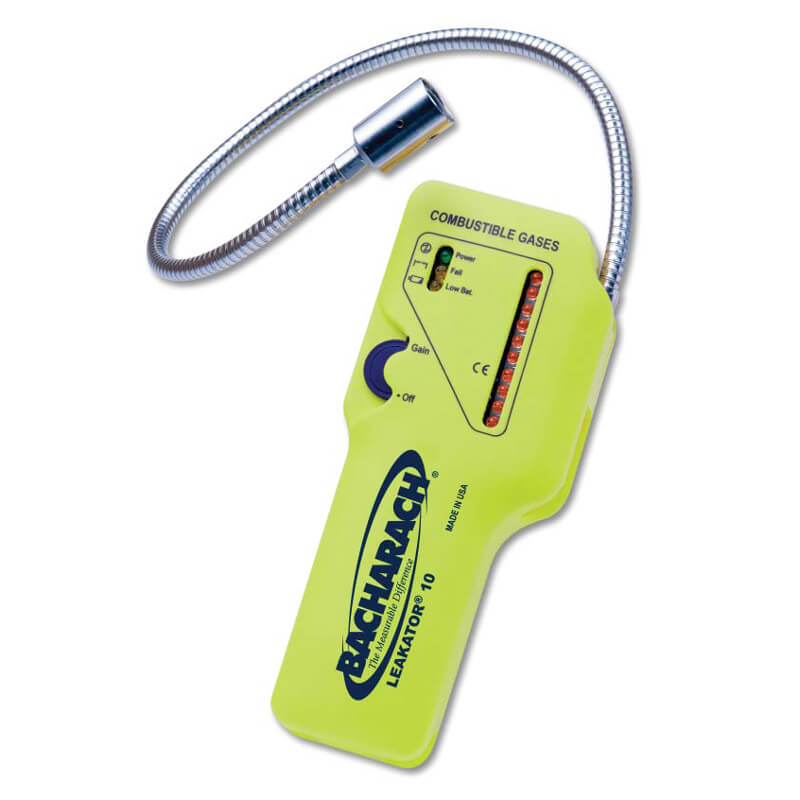 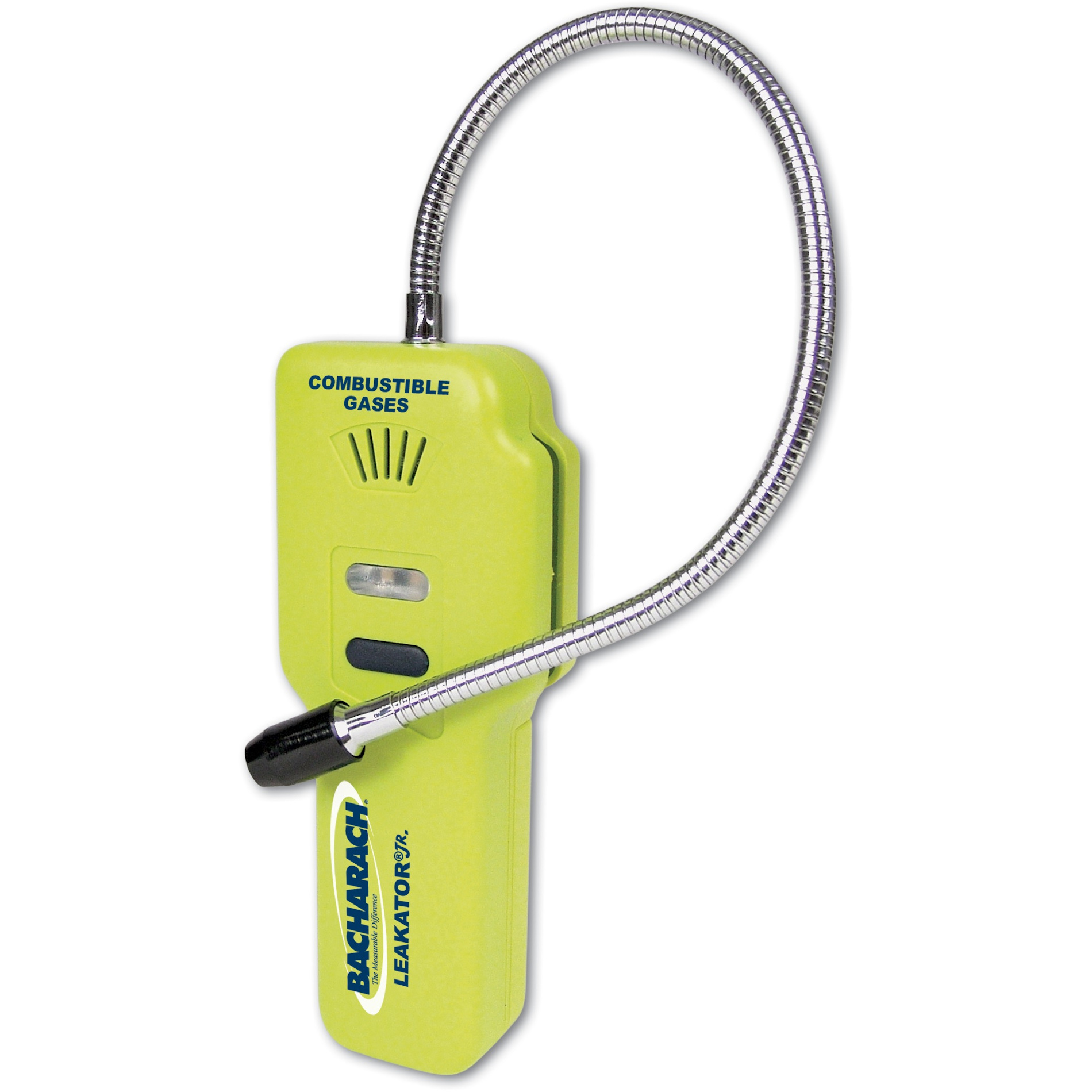 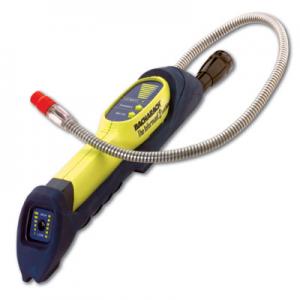 In this article, we're going to take a look at Bacharach combustible gas detectors. We'll discuss the scientific background and technical development gas leak detectors in general, and the specific benefits of owning a Bacharach gas detector and the applications for its use.

Before we get into the specific models and their features, let's take a tour of the background science and technology behind handheld gas leak detectors.

Some Background Science and Technology on Combustible Gas Detectors

While you can certainly learn to use a combustible gas detector with straightforward on-the-job training and no knowledge of how it works, we think understanding (to a small degree) what is actually going on inside your testers is always a good thing. This knowledge can help you make better buying decisions, as well as troubleshoot potential problems and lend authority to you as a well-informed technician or contractor.

There is more or less one essential thing to understand about handheld combustible gas detectors: how the sensor itself works. With most models, including the Bacharach combustible gas leak detectors we're looking at here, the gas sensor is located in the tip of a long gooseneck style-probe. This sensor is called a solid-state or "passive" sensor. The sensor is only passive in the sense of comparing it to an "active" sensor type, like infrared. But we mention it here just so you know that you might hear it called a passive sensor. From here on out, we'll call it a solid-state sensor.

A solid-state sensor is composed of a metal oxide of some kind that is specially prepared and formed into either a bead-type or chip-type sensor. There is a heating element that regulates the sensor's temperature, often a platinum wire or some other resistive metal oxide. When a gas is present, the metal oxide will cause the gas to disassociate into charged ions. These ions alter the conductivity of the sensor, which is read as a signal by electrodes attached to the sensor. This signal is then communicated back to the circuit board of the meter and alerts the user to the presence of hazardous gas.

Bacharach is a historic company in the arena of combustible gas analysis technology. In fact, they've been researching and developing instruments in this field for over a hundred years (since 1909). They bill themselves as the "Gas Detection and Analysis Experts". We mention this to point out that as far as expertise and experience go, Bacharach is at the top of the pile. So, you know that any of these detectors is going to get the job done right, and all you need to worry about is selecting the proper Bacharach combustible gas leak detector for your particular job or application.

With that in mind, we're going to run through all of the Bacharach gas detectors. Starting with the most affordable and economical unit up through their highest-tier offering, we will take a look at the specs, features, and benefits of each of the detectors. Let's go!

First up is the Bacharach Leakator Jr Combustible Gas Detector. As you might have guessed from the name, this model is the "son" of the Leakator 10 model. It has many of the same features and specs, while obviously being a little bit paired down to make it more budget-friendly. This handheld gas detector is an excellent option for working in residential, light commercial, and light industrial environments.

The Leakator Jr has a pretty straightforward design with one-button operation so you can hold and test with one hand. When you power on the meter, it will do an automatic self-check, so you're always comparing your readings against fresh air. This feature makes gas leak detection much more accurate and reliable. The sensor tip is attached to the end of a 12 in flexible semi-rigid metal gooseneck probe, which comes in handy when you're working in hard to reach spots or trying to pinpoint a leak that would be tough to get to with a straight probe.

When you start "sniffing" around with this meter, you'll get both audible and visual alarms when the detector senses the presence of a combustible gas. The relative concentration of the combustible gas is indicated by the frequency of the audio and visual alarms. In other words, the more gas detected, the faster the beeping sound and LED will go off. The audio and visual alarms also indicated different states and functions of the meter based on how they are flashing or sounding. There is a handy reference guide in the owner's manual on deciphering the different configurations, so we won't detail it here. Suffice to say that it's very easy to understand and intuitive once you start using the detector.

The sensor itself is the metal oxide "passive" style that we discussed above. Now you will understand much more about how a lower cost unit can be so reliable and accurate since we went over the sensor technology. When the sensor does eventually wear out (though it will last a long time with just regular use), you can buy an inexpensive replacement, and it will just screw right on, with some simple instructions in the user's manual.

The sensitivity of most of these types of combustible gas detectors is referenced relative to its ability to detect methane concentration. But the sensitivity toward many other gases will be similar; methane is simply a standard. On that note, the sensitivity of the Leakator Jr in standard mode is 50ppm. However, you can select a higher sensitivity mode and get down to 20ppm. In other words, really small! This meter is great for finding those tiny leaks that lead to big problems down the road.

Last but not least, a vital feature of the Leakator Jr is that it is Intrinsically Safe (IS) for Class I, Division 1, Groups A, B, C, and D Hazardous Locations. In plain English, this means that it is designed with a substantial ABS housing and is kept internally at a cool enough temperature that it will not spark. This is crucial when working around combustible gases because if you're working with a meter that is not IS, you could potentially start a fire or explosion with the meter itself. Not good! Bacharach makes safety a priority with their combustible gas detectors, and so even the budget-friendly Junior model is Intrinsically Safe.

It's helpful to think of the Bacharach Leakator 10 Combustible Gas Leak Detector as the "grown-up " version of the Leakator Jr that we just detailed. It features all the specs of the Junior with some extras added on.

One clear upgrade with the Leakator 10 is that the metal gooseneck probe on this meter is 20 inches long instead of the shorter 12 inches of the Junior. If you really need to get into the nooks and crannies of a job site, then you'll definitely want to go with the longer probe of the Leakator 10.

Additionally, you're going to get a full LED display with ten different segments arranged in a bar graph format for indicating relative gas concentration. The audible alarm works in the same way as the junior model. With a default 20ppm (methane) sensitivity, this gas leak detector can get you into some tight spots and tell you what is going on with ease.

Now, the most significant advantage of picking up the Leakator 10 is the long life sensor that it has. This is the same type of sensor that we detailed above, the solid-state metal oxide kind. However, depending on the material quality, the life of the sensor can be extended or shortened overall. With that in mind, the Bacharach Leakator 10 Combustible Gas Detector has an average sensor life of five years! You can use this meter day in day out, and it's not going to need a new sensor for quite a few years. And of course, when the time does come, you can replace the sensor in this detector as well, easily and at marginal cost.

And of course, the Leakator 10 is also Intrinsically Safe. As we mentioned above in the section on the Jr. model, this is an essential design feature for working in areas with leaking gas that could ignite. Safety and high performance are the names of the game with these two Leakator detectors. Now let's have a look at the next model from Bacharach, the Informant 2.