The FLIR One Edge Pro is an innovative Thermal Camera with a 160 x 120 resolution that wirelessly connects with iOS and Android devices (Android version at least 9.0 and iOS 14 or newer OS). The One Edge Pro Thermal Camera does not even have to be connected at all! The thermal camera can be used up to 100 ft. (30 m) away from the user’s mobile device with a Wi-Fi and Bluetooth connection. The Teledyne FLIR ONE Edge Pro Thermal Camera is a compact, easy-to-use imaging device for builders, mechanisms, building inspectors, or a homeowner looking to identify insulation problems, and overheating wires, track down leaks, or even see how much heat their home is leaking. The FLIR camera is compatible with Teledyne FLIR software, including Tools Mobile, Ignite Clouds, and FLIR Thermal Studio desktop software.

The innovative FLIR One Edge Pro for iOS and Android is new and completely redesigned from the best-selling FLIR One Pro. The FLIR One Edge Pro attaches to the back of a phone using a spring-loaded hook-on clip that can extend or retract to secure to the top of any smart device. Then connect to the FLIR One app on your iOS or Android smartphone, and your phone display acts as the screen, and every image you capture gets stored directly on your smartphone. The FLIR thermal camera connectivity includes Bluetooth and Wi-Fi allowing you to separate the thermal camera from the phone and analyze images from a completely different room up to 100 ft. (30cm) away from the smart device. 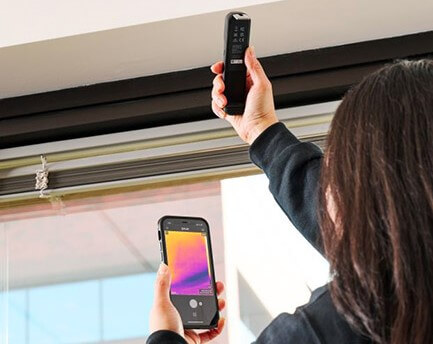 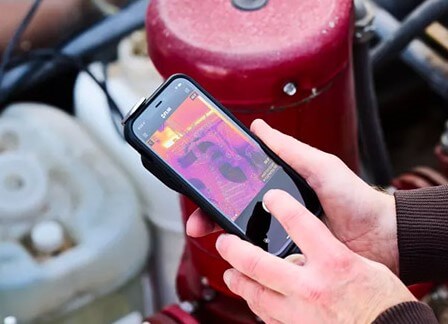 Easily Inspect Anywhere
High Quality Images and Performance
Enhance Your Way of Working
The FLIR thermal camera has a lower number of pixels, but the image quality is greatly improved by the FLIR proprietary VividIR and MSX image enhancement technologies. Once the MSX mode is activated, the pictures look extremely sharp and detailed. 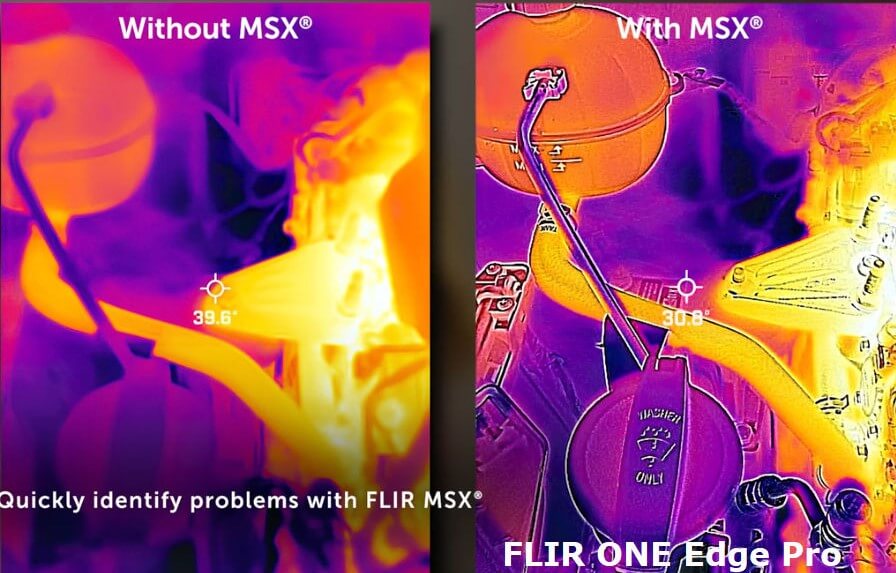 The thermal camera has several color palettes: Gray (white hot), Hottest, Coldest, Iron, Contrast, Artic, Lava, and Color Wheel. In addition, you can choose between 3 image modes: Infrared-only, Visual-Only (just the image from the visual camera), and MSX, which blends the two together.
The FLIR One Edge Pro has a fixed focus. The minimum focus distance is 12 in. (30cm), so you have to be at least 12” away from the object to get a clear picture. The FLIR thermal camera has an accuracy of +/- 5%, with 54 x 42 degrees viewing angle.
The battery life is 1 hour and 30 minutes, a significant improvement over the older FLIR models. The One Edge Pro features an IP-54 rated design that allows you to use the camera in essentially any circumstance or weather condition. In addition, it has been drop tested for safety from 6ft (2 m).
The FLIR One Edge Pro does not include a case, but if you want to add the Teledyne FLIR One Edge Pouch to your order, the part number is T912180.

Proposition 65 Warning for California Residents: This product can expose you to chemicals including Benzene, which is known to the State of California to cause cancer and birth defects or other reproductive harm. For more information go to 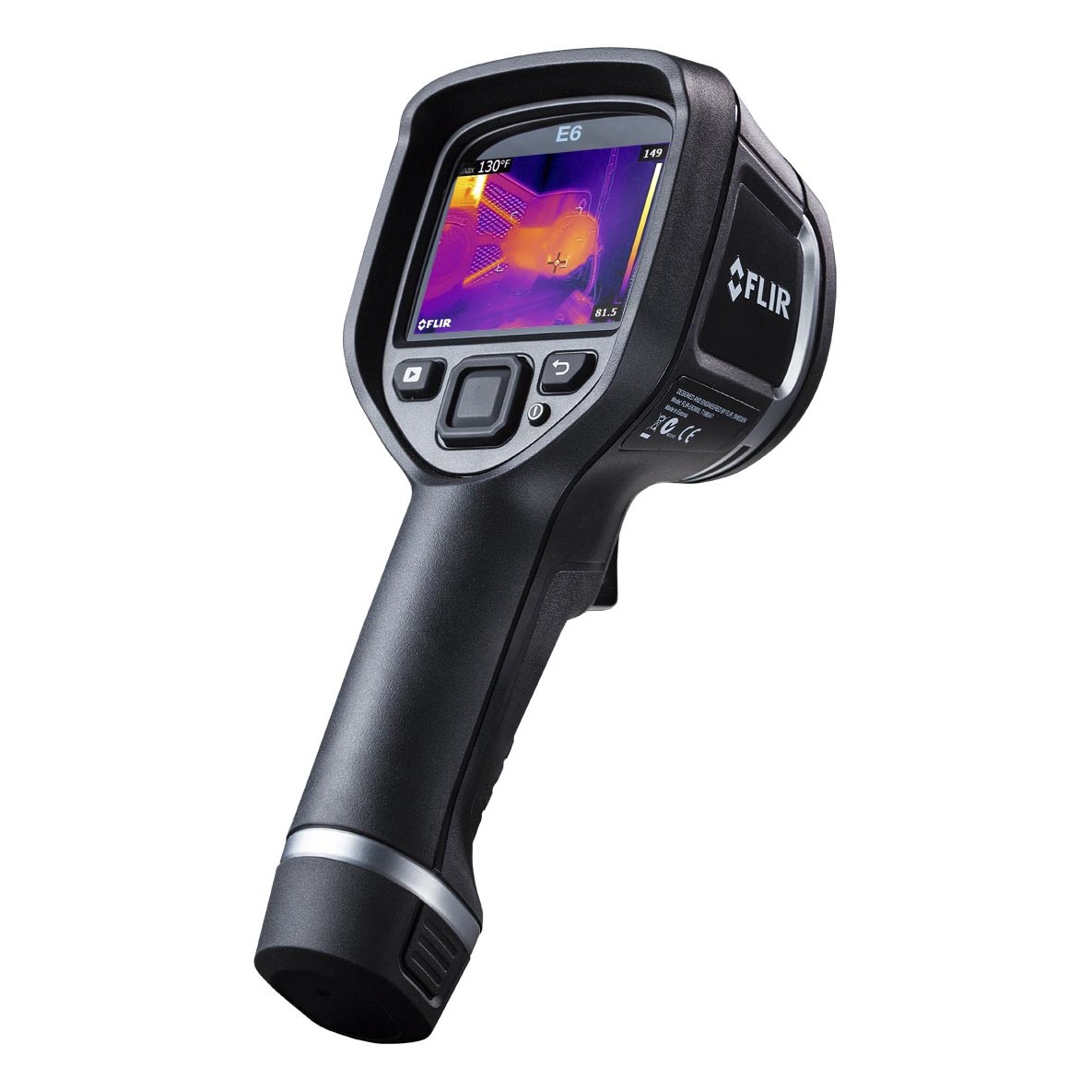 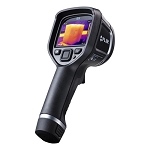